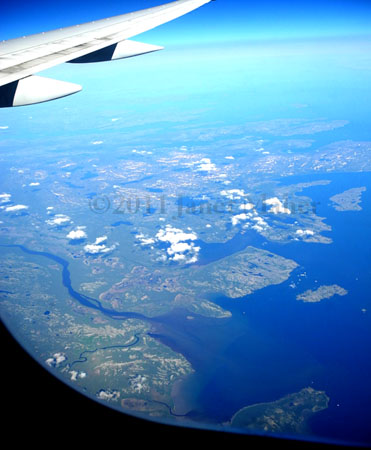 Felicity  Hayes-McCoy’s memoir, The House on an Irish Hillside, contains such poetic chapter headings as this one, and “Enough is Plenty,” “Nothing is Unimportant,” “Dancing Through Darkness,” and “The Music of What Happens.” Each of these phrases resonate for me. For most of my life I’ve been fascinated in probing where I came from, having always felt my present reality to be a great mystery. I intentionally left what I knew as home, ran as far as possible within my limited means, and eventually delved deeply into historic roots trying to truly find a literal and metaphoric right place.

Hayes-McCoy explained the importance of identity in Ireland. “When people meet,” she wrote, “they try to place each other and they’re not happy till they find links that join their story to yours. They want to know where you come from. If they can, they’ll find they’re related to you. But they’ll settle for knowing you were born a couple of roads from their mother’s cousin, or that you use the same broadband provider, or your best friend owns a a caravan near a beach where they once caught a cold.” Some part of me continually longs for this kind of community and mourns the impossibility of being in touch with those who make up the web of my emotional life, flung far between states and countries. I like to believe in reincarnation in order to trust that one day my spirit will know a simpler, more rooted way of existence, somewhere beautiful and slow-moving.

My early dreams of being a gardener in Vermont making my living supplying restaurants or having one of my own disappeared into a reality where decades later I avoid cooking at all. Perhaps we are made up of opposite tendencies or are forced into extreme contrasts in order to continue to grow. Maybe some other incarnation of mine knew that country life. Certainly my many Irish ancestors did. This incarnation, however, began with a different set of conditions. Maybe it’s in order to keep the big game moving forward that different entities live out the evolving stages, bringing the lessons from each into the next one. I may garden now, but only as a hobby and without real time for it, though the yearning to work in the land remains from many generations and incarnations past.

The journey of researching ancestry and finding a bridge between Connecticut and Ireland was fascinating for me and, thankfully, for others in Connecticut, Ireland and Australia. Finding the identities of so many interrelated individuals and placing them in time and in other countries kept my brain firing on many levels for half a dozen years. In another time this quest would not have needed to stop. It might have been the role that I played in the community. Here, in America, however, it did have to end. A book is out, a show is up, but it’s the big next thing that others anticipate — the artwork expected to return that must make up for all the time I spent wandering elsewhere. Much hangs on the fact that it must also be good.

Tolkien believed that not all who wander are lost, and so do I. The wandering is the best part! I resist arriving, especially when that simply leads to the questions, so, where will you go now, what will you do? I’d like to be still. I’d like to write another book, the one I already have going on the back burner. I’d like to find a better way to bring these stories to light and keep expanding the web of connections. I don’t want to pack my Irish library away and store my boxes of notes and folders. I’m not ready for it all to be over. But I am ready for the music of what happens when time opens up this summer.

Something has ended and something else must begin. What to keep, to reference, to enlarge, to layer, how to arrange it in the present is all about choice. I am lucky to have that. The layers of where I come from have become clear. That I have these hands, this mind, and a certain range of skills has also been expanded. This feels a bit like graduating, having earned an invisible degree. Like my students I’ll venture out to discover what lies ahead, bringing all of my recent experience into the foundation. Perhaps when I leave Ireland after another visit this summer I will not cry. Maybe it now and will always also belong to me.

12 thoughts on “Who You Are is Where You Come From”