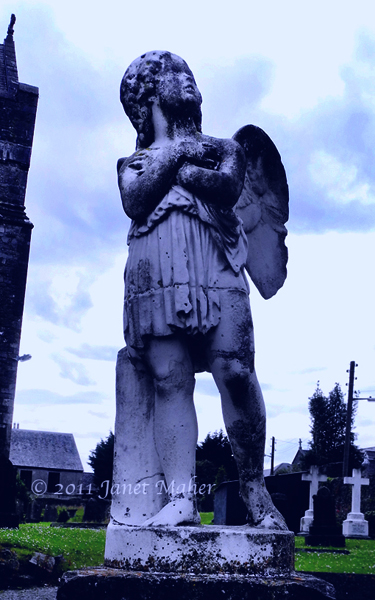 This sequence of thoughts begins with some excerpts from the introduction to my book:

“When a country seeks to colonize or conquer another, peoples choose or are forced to relocate and put down roots in uncharted territories or in areas that had been established by others before them. These settlers and their descendants come to identify with their new home and feel that their claim over time is as legitimate as anyone else’s. We see this phenomenon being played out today in wars surrounding the concept of a Holy Land, as Muslims, Jews and Christians share the physical origins of their religions within the same relatively small location in the Middle East. If we get back far enough in historical research it becomes possible to discern who was somewhere first. Over centuries and an exponentially increased number of families the issues and claims become much more complex. It is impossible to return to simpler times, when fewer people existed, when implications of social status were part of a lived tradition, and conflicts were between different tribes that had more similarities than differences…”

“One’s spiritual beliefs became the means by which a new class structure in a country could be formed, affecting the quality of life of the native people over multiple centuries. Whomever had the means to survive famine, the ability to rise up against their oppressors or to emigrate was determined in a socioeconomic balance. As for that of the Jews, the Tibetans, Native Americans, African Americans and others, the Irish diaspora was a story that may not be fully known and that some may feel is best to forget. While the Irish, ever adaptable, have moved on and largely put the pain behind them, some of us “across the pond” may feel the need first to know and understand the history in context, then, likewise, to intentionally put it aside, rather than remain entirely ignorant about it.”

“As a pacifist myself, the irony of studying polarizing conflicts, armed rebellions, persecutions and their ethical complexities in Ireland is not lost on me. No matter what one’s own spiritual beliefs (or non-beliefs) and practices may be, if one researches Irish ancestry and attempts to understand the cultural history of those who lived in previous centuries, religious issues and the social status associated with them are inescapable. They also effect the ease with which it may be possible to actually find records…”

My husband and I have begun to watch the remarkable Public Broadcast production, “We Shall Remain.” This television series, available on Netflix, “shows how Native peoples valiantly resisted expulsion from their lands and fought the extinction of their culture — from the Wampanoags of New England in the 1600s who used their alliance with the English to weaken rival tribes, to the bold new leaders of the 1970s who harnessed the momentum of the civil rights movement to forge a pan-Indian identity.” Having lived for a long while in New Mexico I feel a natural connection to and appreciation for Native American culture. Throughout my study of the history of Ireland, the colonization of America repeatedly came to mind. While watching this series about the Native American tragedy I must continually try to prevent myself from exclaiming out loud, “That’s exactly what happened to the Irish!” (now that I’ve done that once too many times).

All these centuries later, in a global economy interconnected by the Internet, with an unprecedented mingling of heritages, a growing awareness of the need for peace seems to have re-emerged. A rising concern for the welfare of all peoples who inhabit this planet is accompanied by alarm regarding the planet’s own environmental health. Many of us believe the words of the Abenaki Indian, Alainis Obomsawin, who said, “When the last tree is cut, the last fish is caught, and the last river is polluted; when to breathe the air is sickening, you will realize, too late, that wealth is not in bank accounts and that you can’t eat money.”  Still, economic greed runs rampant, genetically modified foods threaten all, professional politicos seek to thwart human-centered legislations, and repeated random acts of violence continue to occur. (And sometimes the wrong people are accused and sentenced.)

Yesterday’s explosions at the Boston Marathon killed three people, including an eight year old boy, and severely injured 170 more. It is difficult not to feel helpless as we are continually reminded that we live in a world that seems to have gone insane. Hairstyles and fashions have changed throughout the centuries, but the same problems continually repeat in ever new guises and places.

The lessons of history and the teachings of the wise in every culture urge us to strive for balance between good and evil, between that which is and is not achievable. This balance is at the heart of what it means to be human. We wake each morning amid possibilities of polar opposites in a vast and extenuating gray area that we call Life. What will occur before the day’s end is an open question. Indomitable spirit miraculously seems to replenish itself, arising above each disaster, propelling us collectively forward toward the generation of hope and attempts to create a better future.

Students at Boston College provided a beautiful example of hopeful action as they began today to organize a walk from their campus to stand together in Boston, symbolically completing the 117th Boston Marathon for those who were prevented from doing so yesterday. With a vision of sharing the higher road in solidarity, they wrote, “For anyone who did not get to finish, For anyone who was injured, and For anyone who lost their life…we will walk. We will walk to show that we decide when our marathon ends.”

May they empower each other and themselves as they generate balance in the universe to energetically counter the suffering of those who were brutally attacked during yesterday’s joyful event. Sadly, that was yet another in a long line of attacks against innocents around the globe and throughout the ages. May we all someday know in our hearts and through the expression of our lives, as Black Elk did, that “There can never be peace between nations until there is first known that true peace which is within the souls of men.”

5 thoughts on “Peace to All Who Run or Walk Here”