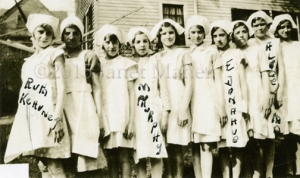 Waterbury Irish: From the Emerald Isle to the Brass City is scheduled to be published by the History Press in the first week of September! More details will appear, as well as a link to a Facebook page, in upcoming weeks. For those who are within driving distance to New Haven, Connecticut, please come to my talk-with-images on Tuesday night, June 16 for the Irish History Round Table at 7:30 p.m., Knights of Saint Patrick Hall, 1533 State Street, New Haven.

It’s hard to believe that I have not written here since June of this year, and for that I apologize. I do still intend to complete the series of essays about my magical pilgrimage to Ireland, however, the rest of my life intervened and I had to shift gears.  For now, those who wish to continue to read my posts, please check out a new blog that I have just begun. It’s called “Trusting the Process: Getting There From Here,” and I hope it will be a means through which I can address more topics. Ireland is still at the top of my list and, especially so as I try to complete a new book by the end of the year. This one, to be titled, Waterbury Irish: From the Emerald Isle to the Brass City,” is in collaboration with a friend I made years back while researching “From the Old Sod to the Naugatuck Valley.” John Wiehn is the current president of Connecticut’s Ancient Order of Hibernians and is the director of the Prospect Library. With Mark Heiss, he produced the postcard series book, Waterbury, 1890-1930. He has been very helpful in finding some great old photographs and in gathering info on some of the topics that will be contained in Waterbury Irish, which should be published next May by the History Press. This book will not only condense and complete the work of “From the Old Sod,” but it will resurrect a history of Waterbury, Connecticut that has long been eclipsed and relatively few people recall or perhaps even know about. In my recent art exhibition I included the above image which is the last of a series from my earlier Naugatuck focus. This one evolved into what I felt to be a love letter to the ending of a project and an emotional nod to my hometown and my past.

Happy Thanksgiving to all, and thank you for all the attention you have paid this blog since it began in 2011!

In 2006 I put up my first Irish-oriented web site, which included transcriptions from several old Irish cemeteries in New Haven County, Connecticut. Complete transcriptions for Saint Francis Cemetery, Naugatuck, is included, along with many photographs, in my 2012 publication, From the Old Sod to the Naugatuck Valley: Early Irish Catholics in New Haven County, Connecticut. My original intent for this book had been to simply focus upon Saint Francis Cemetery and explore relationships between people in it, perhaps following that with similar publications. But the project grew into a much more vast endeavor.

A group from the Connecticut Irish American Historical Society recently produced an excellent publication—Early New Haven Irish and their Final Resting Places: The Old Catholic and Saint Bernard Cemeteries. This was one inspiration for me to go ahead and publish my photos and transcriptions for Old Saint Joseph Cemetery, in Waterbury, Connecticut. I had taken the images and transcribed many of the stones between 2006 and 2011 while simultaneously working on my large book. My focus was upon finding the Irish surnames and the oldest graves, particularly ones that cited an original location in “the old sod”. I copied all sides of the stones, as possible, noting the line breaks. In this publication they will be alphabetical, however, not mapped and organized by section, as I did in From the Old Sod.

In Old Saint Joseph Cemetery, Waterbury, Connecticut, an abundance of Irish immigrants came from Queen’s County (Laois), in addition to several other towns and counties. I will include a couple of short essays about this cemetery’s link to Ireland and about the early Irish settlers in Waterbury (some of which I also discussed in From the Old Sod).

Old Saint Joseph Cemetery is to Waterbury what Saint Francis Cemetery is to Naugatuck, what Saint Mary’s Cemetery is to Ansonia and Derby, and what Saint Bernard Cemetery is to New Haven. These very special places contain the remains of many of the earliest Irish Catholic immigrants who settled in the Naugatuck Valley,  New Haven County—and they contain beautiful monuments. For each cemetery there is a second one that extended family connections into subsequent generations. For Naugatuck the second cemetery is Saint James, which can be seen when traveling past on Route 8. For Ansonia/Derby this is Mount Saint Peter’s, and for Saint Bernard’s it is Saint Lawrence Cemetery. For Waterbury, this is New Saint Joseph Cemetery, just a short way up the street from Old Saint Joseph, and Calvary, in another section of town.

Like so many other natives of Waterbury who have early Irish (or Italian, or other nationality) roots, Old Saint Joseph Cemetery has long been near and dear to my heart.  Memories of grave visiting in this cemetery during adolescence and young adulthood are layered upon annual Christmas visits as a child to Holy Land (see links below). When I moved away, visits back home always included solitary pilgrimages there, and I introduced the ghost town of Holy Land to a great many people who had never heard of it. Somehow going back up that mountain to witness its devastation (this time as an “impartial” artist) was as important to me as the excitement I had once felt as a child going down into its replica catacombs.

After the death of my father, when I was 19, I became especially drawn to the peaceful stillness that could be found in cemeteries. Little did I know that several decades later I would become so deeply involved with researching and preserving history that extends in myriad directions from these sacred places of my past.

Tragically, in the beginning of October, 2011, a small group of individuals severely vandalized the historic New and Old Saint Joseph Cemeteries. Two hundred and fifty-five headstones were knocked over or broken in Old Saint Joe’s alone. On my next trip into town I anxiously drove through all the familiar sections trying to assess the damage and loss as if I was visiting an old garden of my own. By then most of the damage had been removed, but the clean-up was not complete. Upon another trip I saw, thankfully, that one particular stone which had been gone had returned. Still, there is another layer of memory now of an abuse that may never go away for many of us who still visit this cemetery.

One man’s extraordinary visionary artwork, simultaneously an act of devotion, was mindlessly destroyed over time, a sadness for those of us who remembered nearby Holy Land’s celebrated days.  But outrageously vandalizing a cemetery on a large scale—several cemeteries, in fact—was particularly shocking to many of us. (Religion, or lack thereof, doesn’t even enter the equation.) I think this event is the main reason I decided to publish what I’ve already gathered together. Life is short. I’m on sabbatical. Who knows when I’ll ever be able to slip this extra project in later?

So here I am again, planning to come back up for another research trip, watching the weather. I’ll proofread my transcriptions, which will give me a better sense about the ones that may no longer be there, and allow me to find any that I may have missed. I’ll also go back into the archives for a few more things, but vow not to let this endeavor take me over again. This will be a simple book, but one that I think will have been worth producing.

While looking into some Irish Waterbury history information online I have come upon some sites that I’d like to share here. I would also like to “plug” the great article that Neil Hogan wrote about Irish women who worked as servants after their emigration into Connecticut – Connecticut’s Irish Domestics. This will be a new project to be published as a future CTIAHS book. Neil will be speaking this Thursday, January 24, at 5:30 p.m. at New Haven Museum on Whitney Avenue. I wish I could go! If you are anywhere near, try not to miss it!

Some Irish in Waterbury, Connecticut Links:

• The History of the Waterbury Irish

• Bob O’Rourke Touted As Irish Mayor For the Day