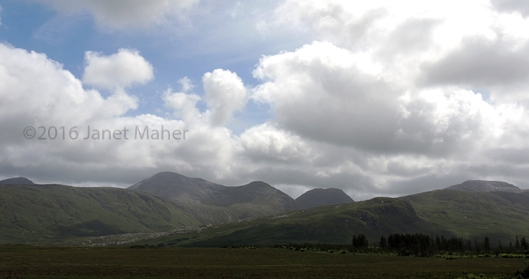 So much about my last few days in Ireland was privately wonderful due to the people with whom I shared many additional experiences. The end of my fourth trip to this magical place was more about re-connecting with people who have already become part of my present while meeting more through the connections of these friends and my stays with once-strangers via airbnb. What my husband used to call my “obsession with dead Irishmen” has come fully into the land of the living. There are no more tears upon leaving, nor a sense that I may never see these people or be here again. It was simply time to come home. It may be quite a while until next time, but I feel there will be another before my life is truly over.

In the multi-location contemporary art exhibition in Limerick, Still (The) Barbarians, that Karen and I saw a few weeks back, Alice Maher’s character in her poetically disturbing video whispered at the end, “Sometimes I am too full of dead men.” The letting go of the dead and the turbulent past is an intentional process that requires constant work, particularly in a place where collective memories seem to fill the air and permeate the land and the buildings that exist upon it. At one of my airbnbs my host actively works to heal individuals’ and the earth’s energy in the historic location he has adopted. The ancient forest on what is now his property is being returned to its sacred roots. The place, without much fanfare, attracts others like me who sense its specialness from its online description. We arrive open, with no expectations but what will be experienced in response to being there.

The drive across from the west to the midlands along a more northern parallel allowed me to see new places that had appeared in my earlier research. That the drive felt oddly as if simply traveling around Connecticut was also interesting, and that a whole portion seemed placenames-wise to relate to Rhode Island. How closely connected the areas were that I had studied in Laois, Kilkenny and Tipperary continued to be revealed, further supporting hypotheses I had made in Waterbury Irish and From the Old Sod to the Naugatuck Valley.

That the weather upon return was more like an Irish summer than an American one was very welcome to me. As I settle back into and pick up my other life again, I hold in my heart the people across the Atlantic who are so dear to me, many with whom I will surely remain in touch. A place and one’s experience in relation to it has everything to do with people and the interactions that are possible with them. Ireland is now not only about physical earthly beauty and the ease with which her people live together despite centuries of tragedy and hardship. For me Ireland is about Jane, Caitriona, Anna, Josephine, Eugene, Austin, Oliver, George, Carmel, Ellie and the Flaggy Shore women, Mary, Lisa, Ava, Mrs. Linnane and her cousin, Mikie and Christina, Mike and Mathew, Simon, Bridget, Anne and all the people from America who came to the Burren to allow their souls to delve in a very special way into the universal well of the Creative. I can only be forever grateful and attempt moving forward to remain focused from the still point that has been returned to me.

If Irish is still spoken there and signs are written both ways, know that you will find beauty and friendliness! Cars will not honk at you. People will greet each other and wave fingers or a hand from their steering wheels when encountering other cars or people walking by the side of the quiet roads. 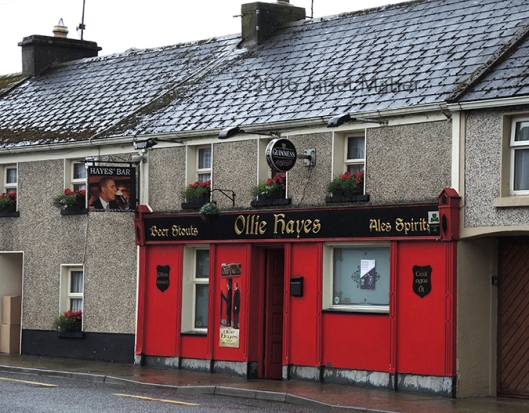 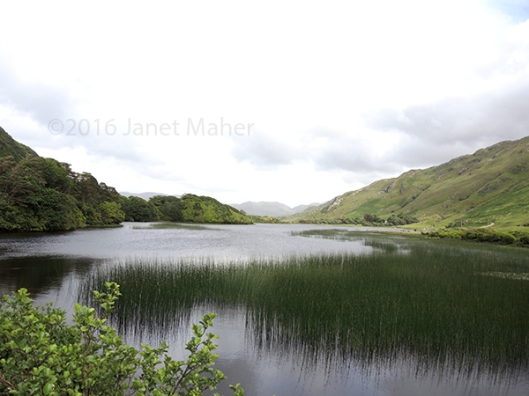 Across the Way from Kylemore Abbey, Connemara ©2016 Janet Maher 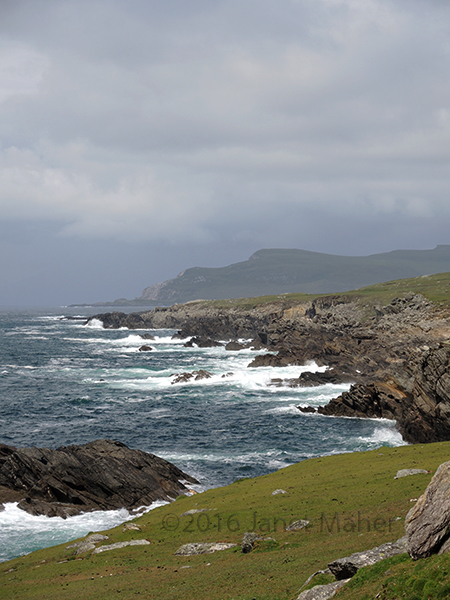 Other Side of Intersection, Mountmellick ©2016 Janet Maher 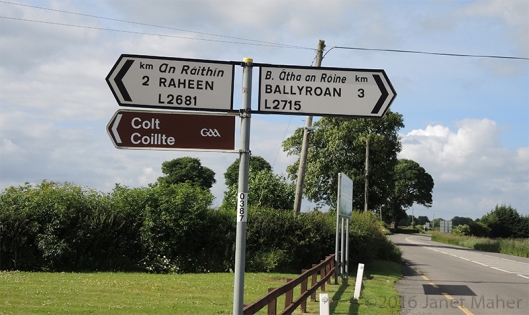 Jane and I went looking for Kileany, in Laois, as I still wondered about the location regarding a detail in previous posts I had made here: Meagher Women, Some New Connections and The Mahers of Kilkenny. The town seems mostly gone, and there is no sign, although GPS finds the area. Might this formerly strong farmer’s house not far from Saint Fintan’s Well have tied to an earlier William Maher? 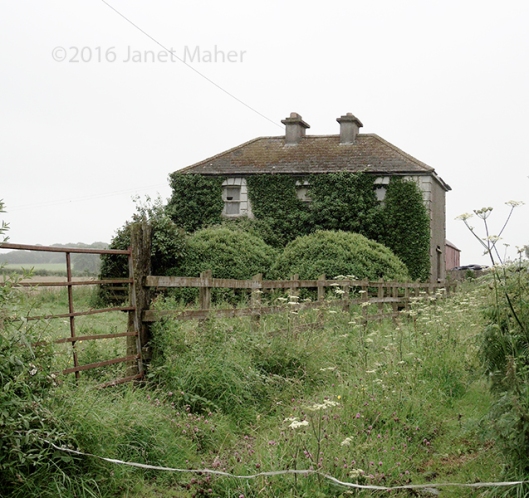 Thank you to those who have accompanied me on this journey, literally and/or virtually. May we all be helped in keeping to our paths as our hearts direct us. Slán!